In the days leading to the opening of Dans van die Watermeid at the Baxter Theatre in Cape Town, it felt like bugs were crawling under my skin every time I told somebody I am going to watch a play with the word meid in the title. Even in the context of “art” it didn’t quite feel right and it transferred me to more than a decade ago when I did a drama piece in high school and had to use the k-word in it. I felt so guilty then, and I felt guilty now.

But I suspect Amee Lekas, the writer of this play, that was developed through the Nati Teksmark initiative, is acutely aware of this feeling. “I still feel powerless about the issues the play raises, and that is probably why I gave the story such a title,” she writes in the writers note in the programme. “It haunts me because as South Africans we are stripped from our humanity. We read, hear and talk about it [the issues] as if nothing is wrong. Actually we are slowly busy becoming animalistic, just like the watermeid(water nymph).”

The story plays off in the arid Karoo in Willowmore and addresses social issues such as unemployment, racism, social stigma, rape and homosexuality. The influence of the church, and the role it often plays does not only sweep these uncomfortable issues under the carpet, but also its role as being a part of the problem, comes under the spotlight.

The community in Willowmore have respect for the church and dominee (played masterfully by Abduraghmaan Adams). The watermeid is a mythical figure who is called upon when times are tough. Her dance reverberates with the promise of rain, but she is also an omen. This dichotomy is ever-present in the play: She brings rain, but we can’t cleanse properly or get rid of the evil without addressing the issues head-on. In a sense she is the guilt I was feeling, she is a manifestation of the evils facing communities yesterday and today. Until we chant the phrase “die dans van die watermeid, die watermeid, die watermeid”, you will never confront the issues. In fact, you walk out the theatre with that refrain running through your mind.

It is within this context that one looks at the play. Don’t expect an exposition, dramatic climax and denouement. You are left with the watermeid. She will follow you for days and is a constant reminder that we still have a lot of work to do.

Now, after being analytical about the play, one gets swept up in the beautiful story and language. It’s expertly written and the actors give life to the text. Rehane Abrahams leads the ensemble cast as Kim, alongside Adams, Elton Landrew, Ephraim Gordon, Gretchen Ramsden and Celeste Matthews-Wannenburgh.

Adams and Ramsden delivered powerful performances. Adams’ vocal range gave life to his character and the inherent ambivalence to his character is masterfully chiseled in his deliverance. Ramsden looks so comfortable on stage and is a breath of fresh air. She was aptly cast as a rule-breaker who is unpretentious. She is omnipresent and the ease with which she takes on the complexities of her character is quite remarkable. Gordon’s acting also deserves a mention. He plays his homosexual character with such grace, without falling into cliché and stereotype. His comic timing is spot-on and he glides through with a smooth performance.

Abrahams’ role is very demanding. She has a lot of dialogue and she goes through a range of emotions. She was successful in bringing the character to life, but at times she flat-lined and didn’t stay present in the moment. It might be the overwhelming pressure of remembering all the lines, or simply still getting into the skin of the character. One is, however, inclined to forgive her in these moments when her peaks are so high. At her best, she delivered a raw performance with variety and honesty. During these moments you could see she believed in the character, her subtext spoke of the intricacies of the issues her character faces.

Director Jason Jacobs and set designer Birrie le Roux went with a minimalistic, but striking set. Chains hang from the roof throughout the stage, representing water dripping into buckets. The use of two levels to display different times and locations also works very well.

After walking out of the show you inevitably think of the watermeid and what she represents. She is the manifestation of a brilliant production, and also the symbol of what is still wrong with our country, the issues especially coloured people are still facing. 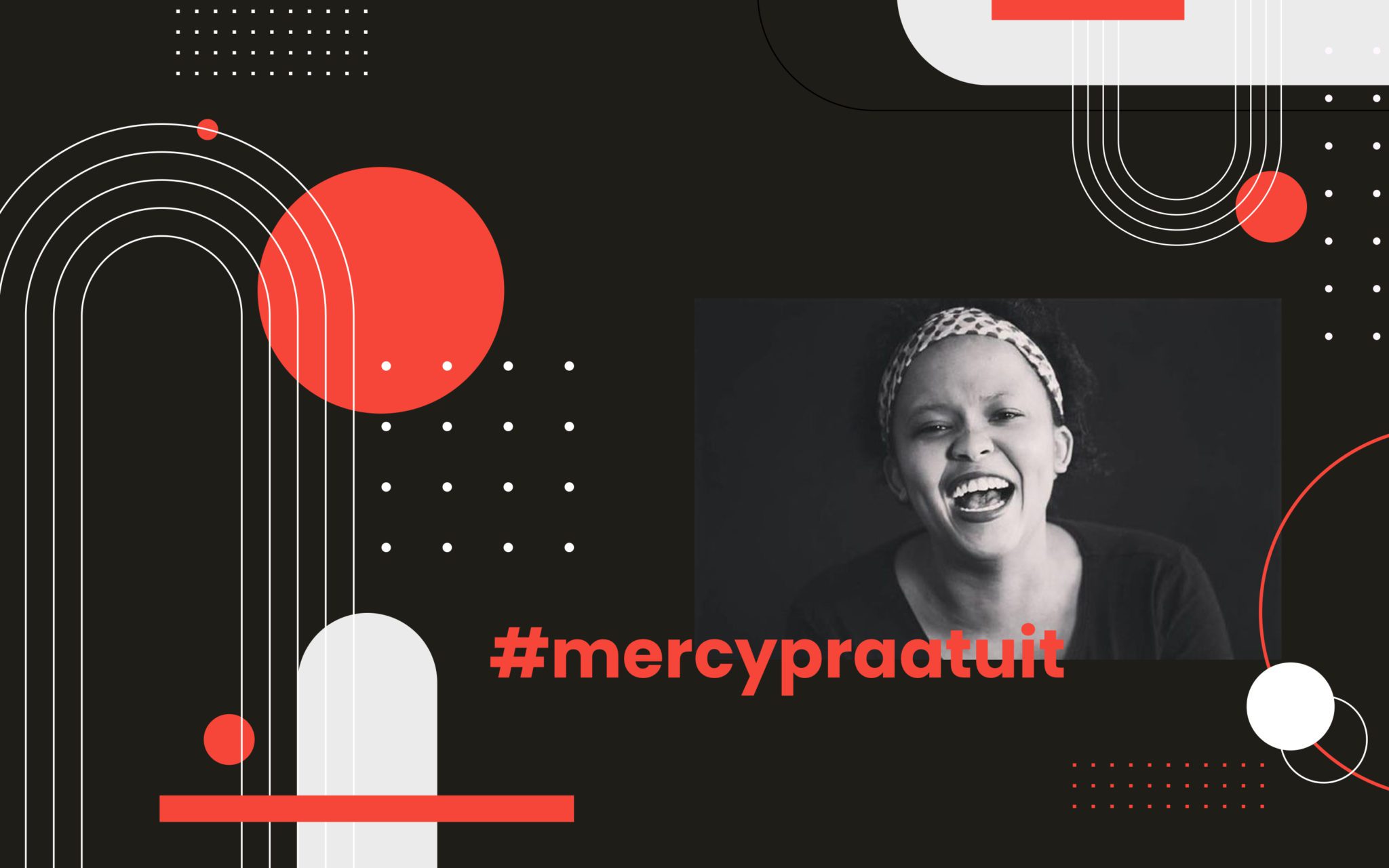 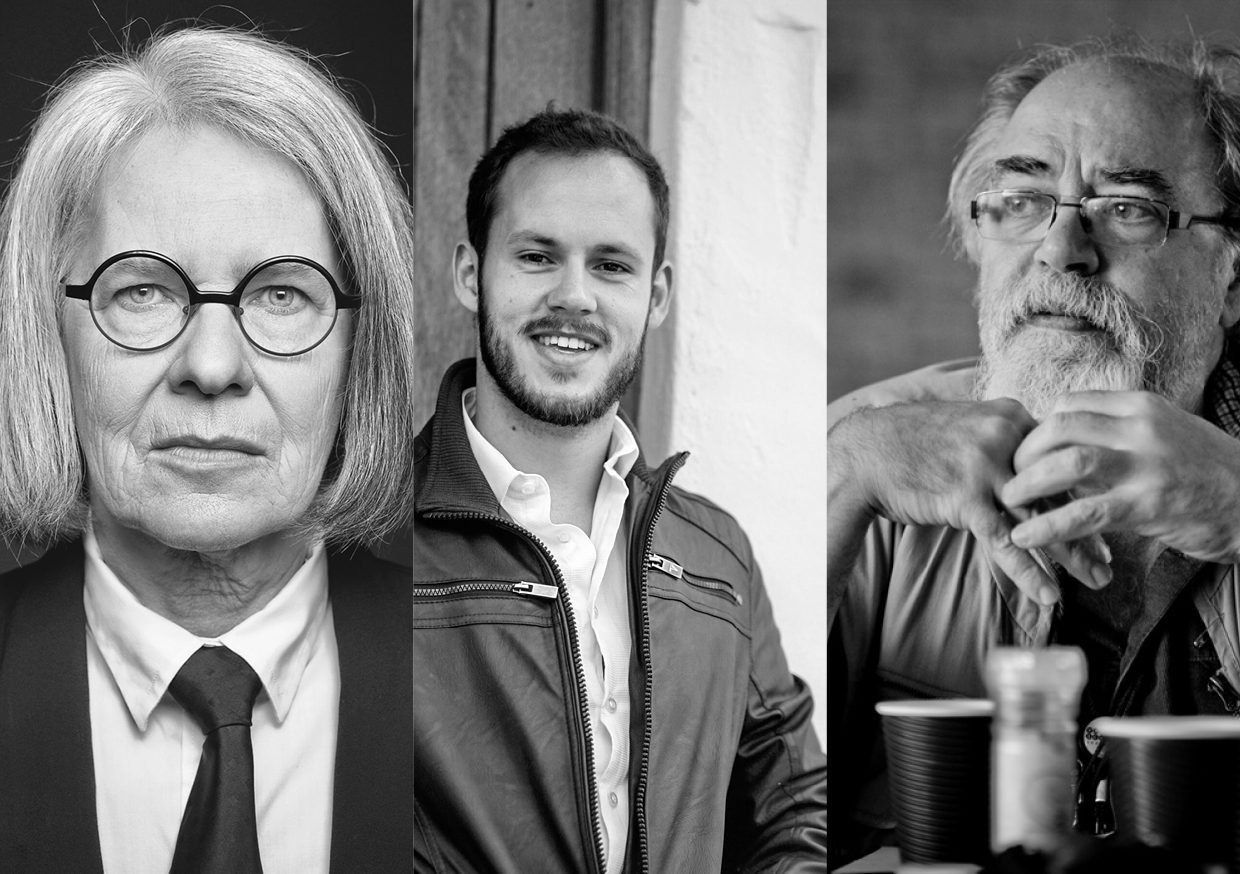