When you read the press blurb for Swerfgoed —survival in a waterless godforsaken place and time in the near future— you may think, ‘Another piece about the water crisis?’. Refreshingly, water, or the lack thereof, is but the context for intrigue of a different kind: the human condition. Emotions, aspirations, conflict, and mortality all come into play in this tragicomedy penned by Bauke Snyman. Since it stole the spotlight at the 2017 Teksmark, Swerfgoed has been developed into an award-winning production under the direction of Tinarie van Wyk Loots, along with the stellar cast of Anna-Mart van der Merwe, Nicole Holm, Richard September, and Andrew Laubscher.

Swergoed brings together elements of Aeschylus’ trilogy of Greek tragedies, Oresteia, and the last great tragedy by Euripides, Iphigenia in Aulis. Rather impressively, this play does not have a pre-set —an approach that has become a favourite staging-trick for many theatre makers. The lights dim, anticipation builds, the play starts, and we meet the characters trapped by circumstance (and to some degree by choice) at the Motel Stillewater…

Is blood thicker than water? This is a question that echoes throughout the production. Murder at a dystopian motel seems the only option for those on both sides of a water-war. As with any conflict, where a source of need becomes the centre of the power-struggle, family and friends find themselves on opposite sides.

Initially, you may be a bit confused as to what you are actually watching, and the play may take some time to lure you in as the scenes jump back-and-forth between time and characters. However, you soon settle into the (presumably intentional disruptive) rhythm of the play and the dynamic approach to storytelling that reveals itself as puzzle pieces to the tale as it unfolds.

Subtle tones of absurdity (without making it completely unbelievable) add just the right degree of comedy to the mystery that informs the tragedy: Who was killed and why? The answer hides at the heart of the bizarre and bloody origin story of the friendship between supposed amnesiac and gun-wielding, Esther (Van der Merwe), and self-preservation-driven motel owner, Aristea (Holm) —each with their own, non-conformist approach to parenting and survival.

Van der Merwe and Holm’s characters stay constant —apart from a brief interlude where Van der Merwe lends her on stage presence to the distant and oddly placed voice of another as the source of evil— in their resistance to those who want to secure ownership of the ultimate (and possibly last) water source at any cost. On the other side of the spectrum, September and Laubscher keep you guessing as they impressively jump between various personas from smothered and abandoned youths to power-hungry patriarchs, and even a purple, tail-whipping dinosaur. Throughout the search for salvation —whether selfish or philanthropic, depending on perspective— dark motives are revealed by means of dooms-day-driven comedy that fascinates. Oh, and there’s a rather symbolic watermelon in the mix too.

The cast step into their roles with great focus as they fully embrace the madness of it all as dramatic truth, which is part of the dark charm of this production. All provide energetic and nuanced performances, but special mention must be made of Holm who throws everything (including the waterless kitchen sink) into her performance as the opinionated Aristea who does not hold back when she calls a spade and shovel.

All the shenanigans of the water-crazed characters are skilfully pulled together by Van Wyk Loots (this being her directorial debut) to bring forth a clear narrative from the puzzling and disjointed initial scenarios. The confusion experienced at first, in trying to grasp all the characters and their motives, arguably adds to the audiences feeling of anxiety that to some degree mirrors the undercurrent of the struggles that the characters are caught-up in —each in their own way trying to escape their less-than-idyllic reality.

The antics of this unbalanced group of characters, living out a dystopian nightmare in which Mad Max would feel at home, is well worth a theatre night out at the Baxter, with its Golden Arrow Studio having undergone a slight change to showcase this provocative Afrikaans tragicomedy. Ultimately, Swerfgoed may not be everyone’s idea of a cohesive story, but in its mix of absurdity, comedy, and perhaps even a necessary degree of erratic fragmentation, it reveals a vision worth exploring.

Book your tickets online through Webtickets to see this award-winning production before its run ends on 22 September 2018. 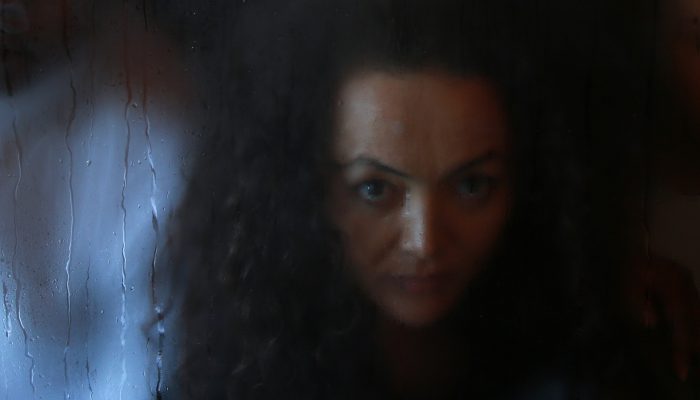 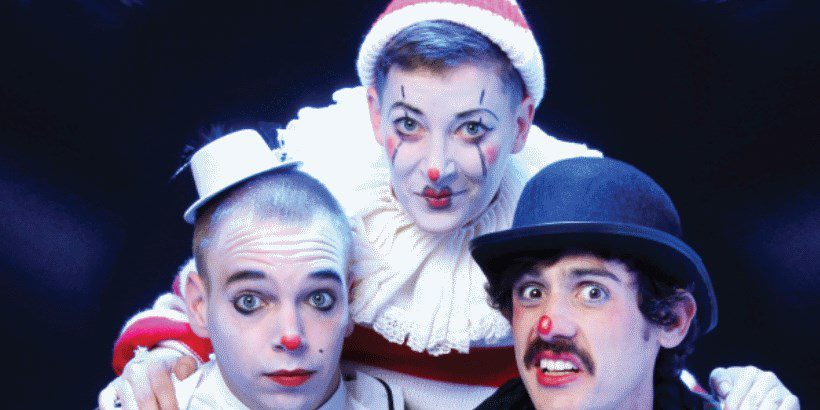